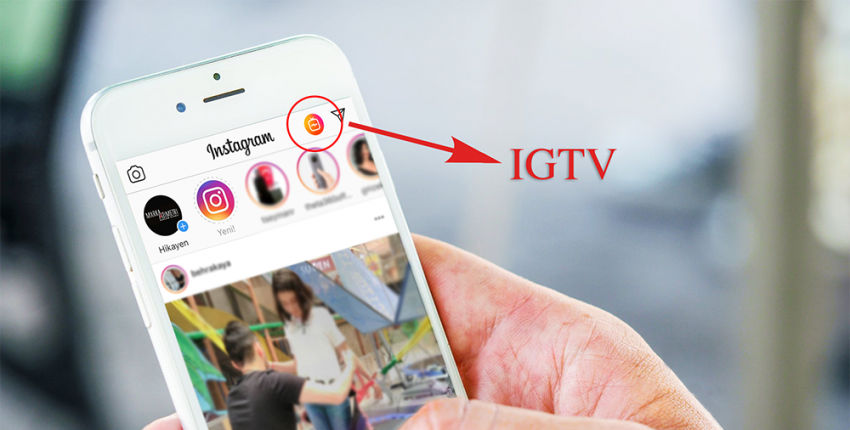 Instagram has opened the video broadcasting platform IGTV to its users and with its plans, it is an important competitor for YouTube. It seems that beyond shaking the throne of YouTube, it is preparing to rival the TV industry. People are expected to spend the time watching the videos of the people they follow instead of watching TV. As such, Instagram's share of the advertising pie will likely grow.

The story panel became the popular innovation of Instagram, and then the story ads, which were brought to life, increased the profitability of Instagram even more. It seems like a step that will pave the way for possible innovations by opening a channel on IGTV and publishing videos that were limited to 10 minutes in the first place but planned to increase to an hour soon.

As in the past, the videos shared on Instagram are now one minute, and the videos published in the story are limited to 15 seconds. IGTV, on the other hand, can be easily accessed by clicking the icon in the upper right, and the broadcast videos can be watched. Every Instagram user can have the publisher feature by opening their channel for free whenever they want.

As with stories, videos are shared vertically on IGTV. This is a situation that the Instagram management especially prefers taking into account the habit of holding the phone of the people.

Since IGTV is built on the Instagram network, when people enter IGTV they can see the videos of the accounts they currently follow as well as encounter recommended videos, search and review popular videos.

Kevin Systom, the founder of Instagram, states that they aim to spend time in front of the phone but not in front of the TV. As with YouTube and other similar platforms, Systom does not provide clear information on whether there will be a system where advertising and publishers will make money on Instagram TV, and states that they are in no hurry to make such decisions. However, if we look at the course of the event it is very possible to see the ads on the channels shortly and in this way, the publishers are making significant profits. It seems like Instagram is preparing to make moves against a rival far beyond social media, TV broadcasting. As the number of people who would prefer to watch videos on Instagram TV instead of watching TV series on TV channels, it is not even sincere that some of the television advertising revenues are shifting to Instagram.

It seems that the coverage of social media will expand even more soon because social media is pushing its limits. The channels are constantly renewing and improving themselves. Thus, social media management needs separate professionalism and focus. It takes more time and effort to follow innovations, implement them and use them in place. As a result of all these, while the time people spend in the digital world increases the importance that companies give to social media management and their need for professional service are also increasing.

Here we, the agencies, have a clear mission… Working harder, researching more, and preparing for the future with the right foresight. To do all this, above all, for the brands we serve.

Virtual Reality at the Service of Fashion Brands, too